Here’s a podcast of a KGO-AM show about Prop. 1A. David Schonbrunn appears about 15 minutes in. (Note that there are several minutes of banter before the 1A segment starts).

An opinion piece by TRANSDEF’s President that ran in the Marin Independent Journal September 8, 2015: 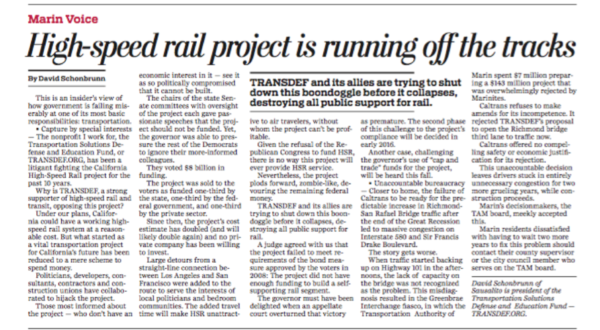