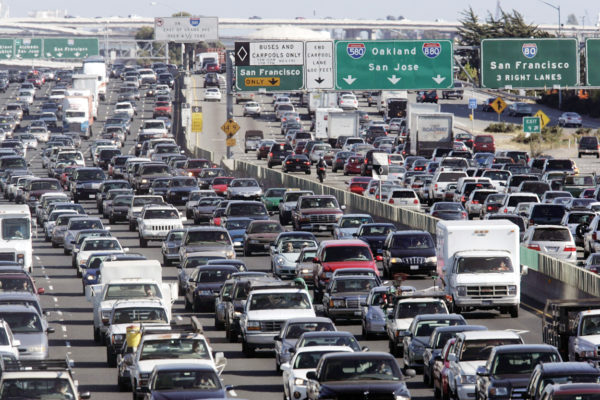 The Metropolitan Transportation Commission is officially the Bay Area’s regional transportation planning agency. In reality, it doesn’t do planning. Instead it is the place where deals are made to divide up the region’s transportation dollars. In 2017, it effected a hostile takeover of ABAG, the Association of Bay Area Governments, so that it now controls ABAG’s planning staff.

The photo that dominates this page is evidence of MTC’s failure to think clearly about the Bay Area’s transportation system. The problem is that a system of local suburban mobility based on private automobiles cannot be scaled up to meet the needs of a large metropolitan region. It simply is not possible to accommodate all the commuters that want to drive alone during commute hours. Commuting in regions like the Bay Area is inherently a mass transportation problem. TRANSDEF provides its analysis of MTC’s performance here.

TRANSDEF coordinated the creation of a Smart Growth Alternative regional transportation plan, which laid out our ideas for how the region should grow and how it should spend its scarce resources on transportation.