An excellent article on the Heaven or Hell future of autonomous vehicles has a great chart that illustrates the choices for moving large numbers of people needing to travel at the same time. It is apparent from the images that when the numbers get high enough, there simply is no way to provide enough physical space for everyone wishing to travel alone. This is why the only convenient form of transportation from ever-increasing suburbanization has brought the Bay Area’s roads to a crisis point. 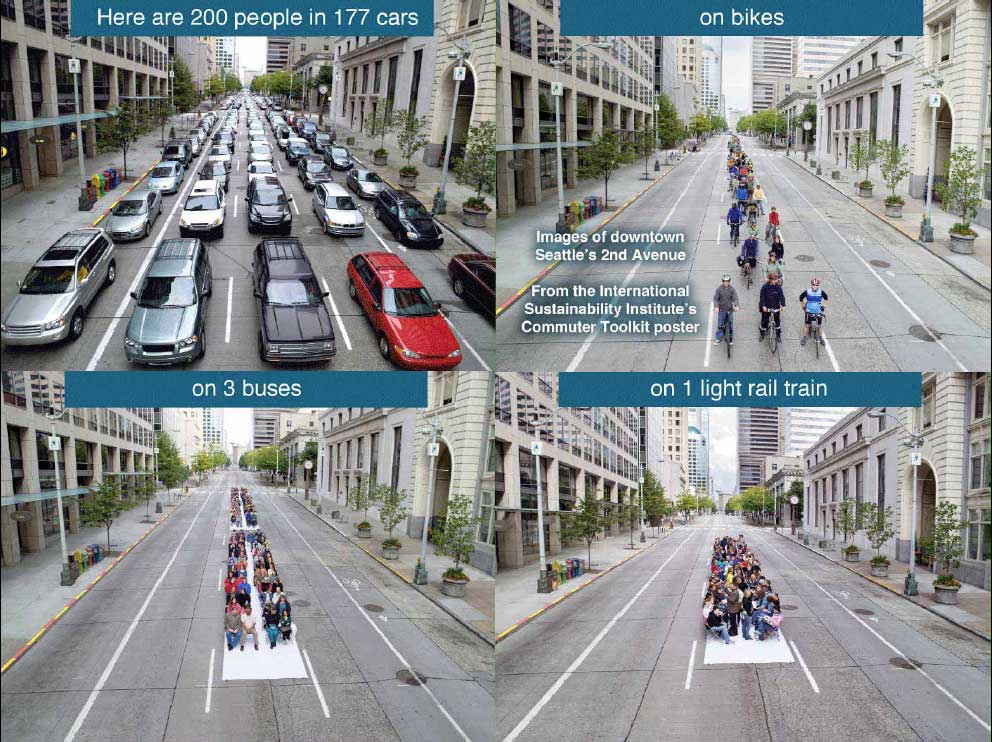 Regional Measure 3’s proposed expenditures have all been tried before:

“Traffic is at an all-time high,” said Rebecca Long, MTC’s government relations manager. “The time is right to ask the voters to make the types of investments that have been made by prior voters.”

The percentage of all trips that are undertaken by solo drivers has held rock-steady over decades (declining slightly in the last few years of great congestion). It will take a different investment pattern, with dense networks of bus lines and protected bike lanes if commuters are to be attracted to travel in new ways.

The same article has another great chart and counter-intuitive explanation of why widening roads doesn’t provide the congestion relief that common sense would expect: 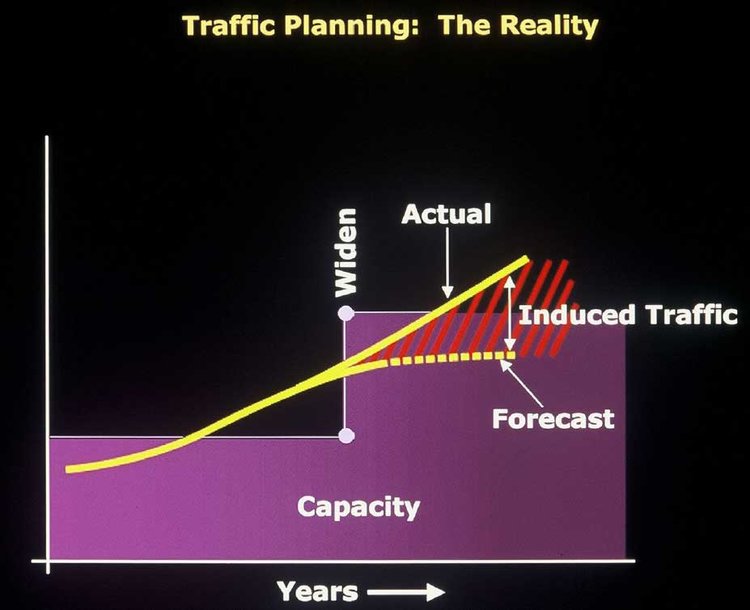 … these days, traffic congestion is the principal constraint to driving. Because driving is already so subsidized, we do it as much as we can, unless we are punished by traffic. Induced traffic is why highway expansions never work.

Traffic engineering theory is straightforward. A street is congested because the number of drivers, shown in yellow exceeds its capacity. If you enlarge the street, you will eliminate congestion.  Unfortunately, what happens instead is that the number of drivers quickly increases to match the increased capacity, and congestion returns in full force.

These are the drivers who were taking transit, carpooling, commuting off-peak, or simply not driving because they didn’t want to be stuck in traffic. When the traffic went away, they changed their habits. Maybe they even moved further away from work as the time-cost of their commute went down.

Thank you for the excellent work of Strongtowns.org.

The implication of this is that the convenience of solo driving will always attract drivers, maintaining an equilibrium level of congestion. For a region that has grown beyond the capacity of its road network, the only way to maintain mobility for the larger population is to build a dense transit network, providing convenient trips for a sizable proportion of the population.